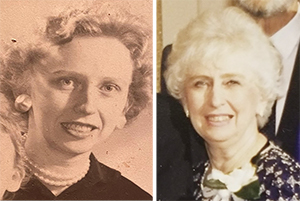 Janet was born in Castleton-On-Hudson December 28, 1935, daughter of Richard and Evelyn Clark Green. She graduated from Hudson (NY) High School. After high school she received a Teacher's Assistant Certificate from NYS and also worked for NYS in Albany in the clerical division.

Janet graduated with honors from JCC in 1985 and began working for Jefferson County Dept. of Social Services as a social worker, retiring in 2002. She was a member of Depauville United Methodist Church and served on the church board. She was a member of Homes for Humanities through MINCK. She enjoyed sewing, cooking, and reading.

12
#17 Barry Ormsby 2021-11-06 07:54
Very sorry about Mom's passing. She was a great lady. KKeeping you all in prayer. Barry & Betsy Ormsby
Report to administrator
#16 Tim & Kim LaRose 2021-11-05 19:26
So sorry for your loss. Thoughts and prayers for the family.
Report to administrator
#15 Beth Johnson 2021-11-03 21:49
I also worked with Janet at DSS when she came back to the HEAP Unit. Her, Tina Kight and I shared an office together and we had some great laughs. Especially over cell phones. Janet just hated her ringing noise maker as she called it, and I would have to show her how to use it. We laughed so hard we had tears. Janet this world is a darker place today without you, but Heaven has gained a beautiful Angel. RIP gal. Thoughts and prayers to her family.
Report to administrator
#14 mary green 2021-11-02 15:38
Bonnie, Tim and Family-so sorry for your loss. Sending peace,love and prayers to all.