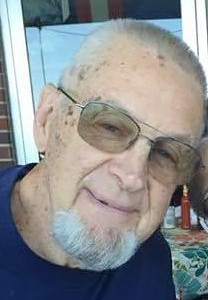 He was born in Watertown on June 16, 1937, son of the late Harold A. Kendall and Grovene Vincent Kendall. Except for one high school year when his father was transferred to Southern California, he spent all of his pre-college years in Clayton, graduating from Clayton Central School in 1955. After graduating from Cornell University in 1959 he returned to Clayton to teach history for one year, during which time he was mandated to serve in the Armed Forces at the end of the school year. Dave took advantage of a special program and was allowed to join the Army for 6 months active duty and spend 5 1/2 years in the Reserves, ultimately being discharged in 1966.

After his short military stint, he returned to the north country as a student and received a Master's degree in Education from St. Lawrence University in 1962. He then taught high school social studies for 3 years in Wheatland-Chili HS in suburban Rochester. While there Dave took courses in school counseling, and in 1965 - 1966 was awarded a one year scholarship to Portland State College in Oregon to begin advanced studies in group counseling and family relationships. He returned to Wheatland-Chili for 3 more years as a school counselor, and was awarded a doctoral fellowship to the University of Pittsburgh in 1969 - 1970. Upon completing his dissertation in 1972 he joined the SUNY Brockport faculty to help set up a graduate program for training counselors in many venues. To keep his own skills sharp, he also began a private practice in relationship counseling (1972 - 1992) in the Rochester area.

Dave retired from teaching in 1998 and moved to Wake Forest, NC for 10 years, but his heart was always in the 1000 Islands, He bought a house on Point Vivian in 2002 and winterized it, finally moving there fulltime in 2010. In 2019 that house was sold and he and his wife moved to Palmyra, PA to be near their daughter in their aging years.

Dave's genealogy in the 1000 Islands region dates back many generations on both sides, with roots on Grindstone Island. His great great grandfather was Dr. William Potter, a physician in Gananoque during the mid-1800s who bought the western part of Grindstone Island and for whom the well-known Potter's Beach is named. His great-grandfather Wilbur Vincent was captain of a cargo sailing vessel covering all of the Great Lakes during the mid-late 1800s. Dave himself financed much of his education as a tour guide/deckhand and then a licensed pilot (1954 - 1966) for the American Boat Line in Clayton.

Even though he was encouraged to write articles and books to accompany his teaching/counseling activities, Dave always felt more obligated to spend time with students, clients, and family. Upon his retirement, though, he became inspired by genealogy and story-writing, finally publishing a book "When Descendants Became Ancestors: The Flip Side of Genealogy"(Balboa Press 2014). From 2014 - 2018 he and his wife toured many southern and eastern states promoting the message of the book which encourages ALL people to write memorable stories to pass on to their descendants.

Dave loved sporting activities, both as a participant and an observer! He played all 3 major sports in HS and was an avid Cleveland Indians fan throughout his life. He enjoyed skiing on both water and snow. He ran the Lake Ontario Marathon twice - the second time in under 4 hours while in his mid-40s. In his younger adult years he was an excellent bowler, was so-so in tennis, but never quite got the hang of golf - always arguing that they put the flag in the wrong place and that it should be put in the woods, water, or sand where he would have a better chance.

A graveside service in Clayton Cemetery will be held in the spring at a time and date to be announced OR Burial in Clayton Cemetery will take place at the family's convenience (depending on whether you decide on a public or private burial). Arrangements are entrusted with Cummings Funeral Service, Inc., Clayton and online condolences to Dave's family may be posted at www.cummingsfuneral.com. In lieu of flowers, donations in his name may be made to Wounded Warrior Project.