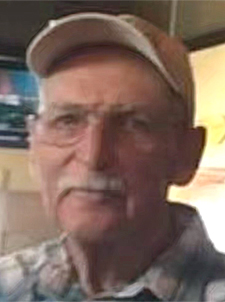 Bob was born August 21, 1946, the son of Lorenzo F. and Catherine Tucker Derouin. After the death of his father, his mother married Leon C. Derouin, who adopted him. He was a 1964 graduate of Watertown High School and attended Canton College and JCC for one year each.

Bob was the co-owner and operator of Derouin's Plumbing and Heating, Watertown. On July 4, 1969 he married Tonia M. Mousaw at Immaculate Conception Church, Brownville with Fr. James Ruddy officiating.

He was a member of Our Lady of the Sacred Heart Church. Bob was a former member of both Calcium and North Pole Fire Departments. He served as a councilman for the town of Pamelia for two terms. He was a life member of the National Rifle Association and a sustaining member of NYS Rifle and Pistol Association.

Calling hours will be held at Cummings Funeral Service, Inc., Watertown on Thursday, March 24, from 4 - 7 PM. The funeral mass will be celebrated at Our Lady of the Sacred Heart Church on Friday, March 25, at 10 AM with Fr. Frank Natale presiding followed by burial in Glenwood Cemetery. In lieu of flowers donations in Bob's name may be made to either North Pole Volunteer Fire Dept., 22334 US Rt. 11 or Black River Valley Horse Assoc., P. O. Box 6381, both in Watertown, NY 13601. Online condolences to his family may be posted at www.cummingsfuneral.com.

Such a loss of a truly good man.