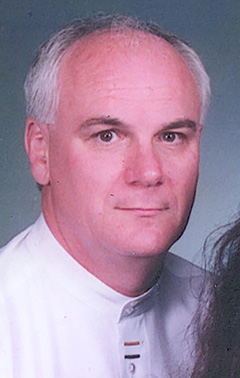 David was born September 26, 1948 in Watertown, son of Harold C. "Red" and Hazel Reynolds Wilder and he was a graduate of Watertown High School. He was a salesman for Sparacino's Distributing. He then began his career as a salesman for Best Distributing, which became Eagle Beverage. David also managed the family business, Poor House Tavern, for many years.

He was a former communicant of Our Lady of the Sacred Heart Church and later at St. Patrick's Church. He enjoyed refurbishing cars, car shows, and drag racing.

Calling hours will be held at Cummings Funeral Service, Inc., Watertown on Tuesday, June 28, from 5 - 7pm. The funeral mass will be celebrated at 10am at St. Patrick's Church on Wednesday, June 29, followed by burial in Glenwood Cemetery.

In lieu of flowers, donations in David's name may be made to Alzheimer's Association of CNY, PO Box 12226, Syracuse, NY 13218. Online condolences to his family may be posted at www.cummingsfuneral.com.