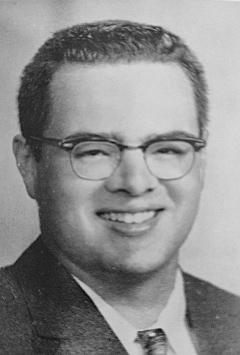 Born on November 29, 1942 in Carthage, N.Y., the son of Melvin and Margaurite Buker, he graduated from Copenhagen Central School. Upon graduation in 1960, he entered SUNY at Potsdam and received a bachelor's degree in teaching. After graduating he started teaching in the Camden Central School District, where he taught for 32 plus years. Roger also volunteered his time to work with remedial kids in reading & math, and taught summer school for many years. Roger was very proud of his career and the relationships he had with his students. He spoke often about some of the accomplishments his former students had attained.

Roger's interests included traveling, coin collecting, watching major league baseball (the N.Y. Mets), genealogy, history and spending time at the family camp in the Adirondacks. He also was an avid hunter and fisherman.

He is survived by a twin brother, Reginald Buker, Clayton, N.Y. and many nieces and nephews. He was predeceased by his parents Melvin & Marguerite, his sister Vivian Sheldon, Lorraine Wiswell and his brother Rex Buker.

A service will take place at Cummings Funeral Service, Inc., 320 John Street, Clayton, N.Y. on Tuesday, July 26th at 11:00 am. Burial will be in Herman Cemetery, Herman, N.Y. In lieu of flowers, donations may be made to the American Diabetes Association, P. O. Box 7023, Merrifield, VA 22116. Online condolences may be made to www.cummingsfuneral.com.

#3 Nicole Gonzalez 2022-07-28 09:52
My name is Nicole Gonzalez. Mr. Buker was my 5th grade teacher and I will never forget how supportive he was in my first year at CMS. Every year after I married and started my family, we exchanged Christmas cards with updates on how life was going. I will truly miss sending my Christmas card to him this year! I am so sorry to hear of his passing! Sending my condolences to his family.
Report to administrator
#2 Wendy Nasutowicz 2022-07-25 14:11
My name is Wendy Nasutowicz. I taught 5th grade with Roger for many years in Camden. He was a very kind and caring teacher; always thinking of his students. As years went by, Roger and I always found time to get together for breakfast at Flo’s Diner. He often had news to share on our former students. I will miss my friend and our times at the diner. Roger will always be in my thoughts and prayers.
Report to administrator
#1 Donald Goppert 2022-07-23 23:53
Mister Buker was My Fifth Grade Teacher in the 1970's. Proverbs13:18 states 'Someone Who will not Learn will be Poor and Disgraced Anyone Who Listens to Correction Will Be Respected'. Roger was emphatic about diligence and quality. Proverbs 13:20 states :'Keep Company With The Wise and You Will Become Wise. If You make friends with Stupid People, You will Be Ruined'. He was more than Tough on Me. I was from a "gifted children" program where I had placed the highest in My Classes. Roger was very concerned about Who I spent Time with as "friends". He was worried that I would "slip through the cracks in the system and "fall in" with Those Who would inhibit Me from attaining a College Education.
It was so Good the see Roger toward the End Of His Life On Earth several Times at The Sylvan Beach Post Office. He (humbly) did not tell Me that His condition was So Serious. Although He and I did not see "Eye To Eye" on Animal Rights Issues; We Loved Each Other in a Brotherly Way. So Sorry..
Report to administrator
Refresh comments list