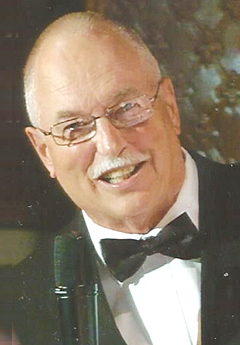 Larry was born April 17, 1944 in Watertown, son of Lewis M. and Angela Babcock Carr. He graduated from Clayton Central School in 1962 and received his Associates Degree in business administration from SUNY Delhi.

Larry entered the U.S. Navy on August 2, 1966 serving as a communications specialist, received the National Defense Service Medal and was honorably discharged on May 7, 1970. After his military service, he began his career with the U.S. Customs Service, retiring as Senior Inspector in 1999. While working for Customs, he was also a licensed firearms instructor. His work with Customs allowed him to travel on work "details" along the Mexican border in Texas and Arizona, and at international airports like Logan Airport in Boston.

He was of the Methodist faith. Larry was a member and past president of the Clayton Lions Club, a trustee for the Hawn Memorial Library, and was a member for 32 years of the Depauville Gun Club where he had served as its secretary and treasurer. Larry was a member of the Senior Golf League. He enjoyed hunting, fishing, cutting wood, trains, vanilla ice cream and walks in the woods. He liked watching sports but had no favorite team or player. He simply loved the idea that while watching any sporting event, he might see something historic happen.

He was the announcer and original "Voice" of the Clayton Community Band. He loved the band and took his role seriously, attending weekly rehearsals to make notes and performing research to write his own scripts for the concert nights.

His sense of humor never left him and one his greatest pleasures was to make someone laugh, usually by catching them off-guard with an unexpected one-liner or odd turn of phrase.

Burial in Depauville Cemetery will be at his family's convenience. Arrangements are entrusted with Cummings Funeral Service, Inc., Clayton and online condolences to Larry's family may be posted at www.cummingsfuneral.com. In lieu of flowers, donations in his name may be made to The Clayton Community Band, PO Box 236, Clayton, NY 13624 or Hospice of Jefferson County, 1398 Gotham St., Watertown, NY 13601.

Report to administrator
#21 Theresa Getter 2022-08-10 11:55
Jean and family, i’m so sorry to hear of Larry‘s passing please know that I’m thinking of you and the family sending lots of hugs and prayers during this difficult time he will be missed coming into the shop I will always hold dear to my heart the fun times that we shared and special conversations
Report to administrator
#20 Sharon Riley 2022-08-08 12:58
Jean and Family,

Keith and I were so sorry to hear of Larry's passing. He was one of our favorite cousins, and we have many fond memories of our times together as kids.

If ever anyone was born a gentleman, it would be Larry.

Please know that our thoughts are with you.