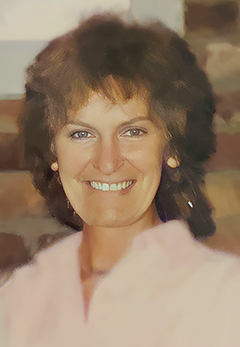 Mary was born in Watertown April 16, 1941, daughter of Francis T. "Frank" and Pauline Ryan Kirk. She was a 1959 graduate of Immaculate Heart Academy and had attended JCC. She was an office manager for King & King in Watertown. Mary enjoyed gardening, had been a member of several bowling leagues, and was of the Catholic faith.

She is survived by her five children, Michelle A. Bush, Watertown, Charles L. Bush, Potsdam, and Paula C. Cadwell, Kirk P. Bush and wife Charlotte, and Leigh M. Roukous and husband George, all of Watertown; seven grandchildren and six great grandchildren; brother Robert J. "RJ" Kirk, Watertown; and one niece and several cousins. Her parents and her longtime companion, Terry Scee, predeceased her.

The funeral service will be held on Monday, January 16, at 10 AM at Cummings Funeral Service, Inc., Watertown with Fr. Matthew Conger presiding followed by burial in Glenwood Cemetery. Online condolences to her family may be posted at www.cummingsfuneralservice.com. In lieu of flowers, donations in Mary's name may be made to Hospice of Jefferson County, 1398 Gotham St., Watertown, NY 13601.