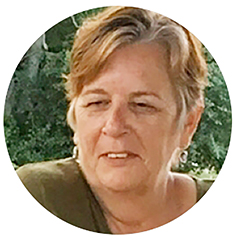 She was a waitress at Foxy's Restaurant, Fishers Landing. She wintered in Colorado and then Florida, where she met Dean. The couple returned to Clayton in 1991. She worked in the banking industry for Jefferson National Bank, later Community Bank, for Norman Jensen Brokerage, Wellesley Island, Fourth Coast, Clayton, for Rusty Johnson Masonry, and was a caregiver for AIM Services,Inc. She also waitressed at the Clipper Inn ever since returning to the north country.

Lori Jo was a member of Omar United Methodist Church, Fishers Landing Racing Club, and the American Power Boat Association. She was a supporter of SPCA of Jefferson County. Lori Jo enjoyed boating, attending races, the many people she met in the racing community, her Mandolin Island family, and life on the River. She was a member of The Annual Girls for over 45 years. She was an SU basketball fan, and loved being an aunt, especially following their sporting activities, and enjoying life.

A celebration of her life will be at a time and date to be announced. Arrangements are entrusted with Cummings Funeral Service, Inc., Clayton and online condolences to Lori Jo's family may be posted at www.cummingsfuneralservice.com. In lieu of flowers donations in her name may be made to TIERS, P. O. Box 524, Clayton, NY 13624 or a charity of one's choice.

1234
#38 Tracey Countryman 2023-01-26 16:41
To the family of Lori.
I am so sorry and saddened about the passing of your beloved Lori. I worked with her at foxy s . She was a very special person . I always would say hi Mrs . Neumann how is " Victor " . She always git a kick out it . I know she is at peace and reunited with her beloved daddy and her Sparkles . Sending love and prayer
Sincerely
Tracey Countryman