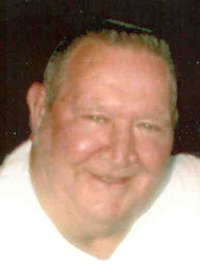 A funeral service will be held at Cummings Funeral Service, Inc., Clayton on Tuesday, September 16, at 11AM with Rev. Jim Lutz officiating followed by burial in St. Lawrence Cemetery, town of Cape Vincent. There will be no calling hours.

Ben was born in Omar on July 1, 1935, son of Leon J. and Madeline Orvis Fisher, and he graduated from Cape Vincent High School. He married Shirley A. Diabo on July 7, 1956 at St. Mary's Church, Clayton with Rev. Timothy Ladden presiding. He served in the US Army in the late 1950's and was honorably discharged from the Reserves on January 31, 1964.

He worked for years at Augsbury Fuel, Sackets Harbor, delivering fuel and as a service man. He also worked as a custodian at 1000 Islands High School and St. Mary's Church, at which he attended, and for its cemetery. He enjoyed fishing, gardening, westerns, crossword puzzles, and Pinochle. He was an avid Christmas decorator and his cat, O'Gracie, was near and dear to his heart.