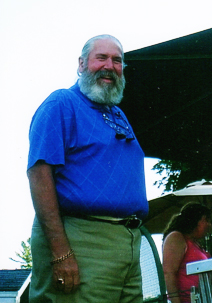 Michael M. McCarty, Sr., 70, of Watertown passed away Friday morning, August 18, 2017, at Samaritan Medical Center. Calling hours will be Wednesday, August 23, at Cummings Funeral Service, Inc., 214 Sterling St., Watertown from 3 - 6PM. Burial at Brookside Cemetery will be at the convenience of his family.

Michael was born January 18, 1947 in Watertown, son of Robert W. and Patricia McCumber McCarty and was a graduate of Watertown High School. On May 23, 1970 he married Ann Williams at Holy Family Church. He was a truck driver for the local Teamsters 687, retiring after 14 years. He was later associated with Steven Munson Law Firm.

Mike was a member of Elks Lodge 496 and Sons of American Legion Post 61. He was a member of VFW Auxiliary 1400 and VFW Riders Motorcycle Club, where he was the Chaplain. He enjoyed his Harley Davidson and all his "rides" and collecting whatever took his fancy.

In lieu of flowers, the family wishes donations and contributions in Michael's name to Make a Wish Foundation, 5005 Campuswood Dr., E. Syracuse, NY 13057. Online condolences to his family may be made at www.cummingsfuneral.com.

12
#20 Brandy Backus 2017-11-02 15:30
So sorry to hear. Michael was one of the nicest people I had the honor of meeting. It saddens me to hear this news. May he rest in peace. Such a sweet soul.
Report to administrator
#19 Tom & Chris Sanford 2017-08-24 05:24
Ann, children, and grandchildren, So sorry to hear of Mike's passing. So long ago since we lived next door to each other on Central St and were starting our families but have always remembered you and enjoyed running into Mike now and then. Prayers and thoughts for all of you.
Report to administrator
#18 Jack Martin 2017-08-23 23:56
My deepest condolences to Mikes family.Old friend I will miss you. We had many good times growing up. A little funny memory in high school in dead of winter we walked down washihgton st drinking thunderbird what cheap drunk. Goodby my friend. Save me a seat Forever Jack Martin
Report to administrator
#17 Kelley Campbell 2017-08-23 11:21
To the McCarty family, We are deeply saddened by Mike's passing. He was one of the kindest human beings ever known. You're in our thoughts and prayers. Kelley and Steffi Campbell
Report to administrator
#16 Jim Fralick 2017-08-23 10:27
Very saddened to hear of Mikes passing, worked together for a number of years and couldn't ask for a better co-worker and friend. One thing I will miss the most is the phone calls on my birthday every year. Prayers and thoughts go out to Ann and family, he will be sorely missed by all. Jim & Di Fralick
Report to administrator
#15 Wenda March 2017-08-23 05:57
The world has lost, my most favorite person in the whole wide world. I never saw Mike That, I didn't give him a giant hug, and tell him this. Mr, Tardy, a nickname I go gave him, after, he told me of his toddler neighbor, who couldn't say McCarty. I never saw him, without a smile. Mike and I will miss you Mr Tardy, Rest easy, my friend. Our love to Ann, Mike, Megan and families.
Report to administrator
#14 Charyl Reff 2017-08-22 16:33
My deepest condolences to the family. I worked for Steven Munson for five years. Going in everyday and seeing Mike was always a pleasure. He was an amazing, kind, funny guy. I have many fond memories of him. My heart is very sad to hear of his passing.
Report to administrator
#13 Jack Martin 2017-08-22 14:31
My condolences to Mikes family.I'm going to miss you old friend. A little funny when we were in high school in the dead of winter we walked down Washington st drinking THUNDERBIRD. wE WERE just having fun. Mike save me a seat. Jack
Report to administrator
#12 linda brewer 2017-08-21 16:49
You will be truly missed my friend.
Report to administrator
#11 Karen and Gary Gerke 2017-08-21 12:46
So very sad to know our community of friends and family have lost another wonderful, kind and fun loving person. We find comfort in knowing he now sits in heaven with all of the other angels (friends and family) that have gone before us. Mike was such a sweet and gentle soul who always had a smile on his face and a twinkle in his eye. He will be missed by so many who saw the true worth of his person. Go with God Mike.
Report to administrator
12
Refresh comments list