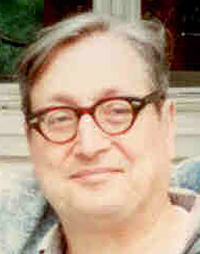 Dante R. Morgia, 80, of Watertown passed away Christmas morning 2017 at Hospice of Jefferson County. Dante spent his last days surrounded by his nieces and nephews who loved him so much and by the extremely caring individuals at Hospice.

Dante was born in Watertown on June 28, 1937, son of Costantino "Gus" and Teresa Pietropaoli Morgia. He graduated from Watertown High School and a marriage to Clorinda Roselli ended in divorce.

He owned and operated Dante's Restaurant on Court St. and Dante's Pizza through 1984, and the Park Circle Deli into the 1990's. After his retirement, Dante filled his time assisting at both the Italian American Club and Elks Lodge 496, both of which he was a member, and also at Ives Hill Country Club. He was a communicant of St. Anthony's Church.

Calling hours will be held at Cummings Funeral Service, Inc., Watertown on Friday, December 29, from 4 - 7PM. A prayer service will be at the funeral home on Saturday, December 30, at 10:15AM followed by a funeral mass celebrated at 11AM at St. Anthony's Church with Msgr. Robert Aucoin, pastor, presiding. Burial in Glenwood Cemetery will be in the spring at the convenience of the family.

In lieu of flowers, his family wishes donations in his name to either St. Anthony's Church, 850 Arsenal St., or Hospice of Jefferson County, 1398 Gotham St., both in Watertown, NY 13601. Online condolences to Dante's family may be made at www.cummingsfuneral.com.