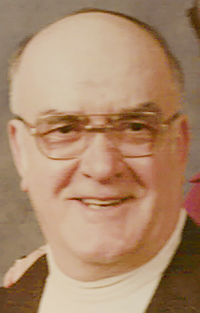 Frank S. Viscotha, 98, of Brownville, passed away Saturday morning, October 13, 2018, at Samaritan Keep Home where he had resided for six years.

Burial in Parrish Cemetery will be at his family's convenience. There will be no calling hours or funeral and arrangements are entrusted with Cummings Funeral Service, Inc., Watertown.

Frank was born in Watertown on February 9, 1920, son of Joseph and Elizabeth Sconka Viscotha and he attended local schools. He entered the US Navy on January 29, 1942 and was honorably discharged on December 1, 1947. He married Rosemary C. Landry on December 23, 1949 in Brownville and she passed February 7, 2003.

Frank was a chipper and grinder at NY Airbrake. He was a former communicant of Immaculate Conception Church, Brownville and a current member of the American Legion in Croghan. He enjoyed hunting, fishing especially for trout, ATV's and four-wheeling, and his son's camp in Barnes Corners. His greatest enjoyment was spending time with his grandchildren and their families.

He is survived by his two sons, Frank J. and wife, Sheila M., Watertown and Danny S., Susanville, CA; his daughter, Linda A. Desrosier, Theresa; seven grandchildren and eleven great grandchildren; and several nieces and nephews. Frank was predeceased by a grandson, Joseph M. Viscotha, along with four brothers and three sisters.

In lieu of flowers his family would like donations in his name to SPCA of Jefferson County, 25056 Water St., Watertown, NY 13601 or a charity of your choice. Online condolences to his family may be posted at www.cummingsfuneral.com.