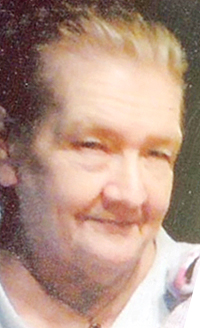 A calling hour will be held at Depauville United Methodist Church on Friday, February 15, from noon to 1 PM with the service at 1 PM at the church with Pastor Earl LaLone presiding. Burial will be in St. Lawrence Cemetery in the spring. Arrangements are entrusted with Cummings Funeral Service, Inc., Clayton.

Shirley was born on October 11, 1941 in Dexter, daughter of Joseph and Gladys Foster Cox and she was raised by her father and Christine. She had attended LaFargeville schools. On September 6, 1958 she married Alton J. "Butch" Gushlaw at the Clayton United Methodist Church and he passed on September 20, 2014.

She was a member of Depauville United Methodist Church. Shirley enjoyed drawing and coloring books, old Westerns, and Country Western music. She especially enjoyed baby sitting her grandchildren and great grandchildren and spending time with her children and their families.

Shirley is survived by her five children, Joseph E. Gushlaw and wife, Tina, Clayton, Ricky A. Gushlaw and fiancee, Karen Peck, Gouverneur, Danny L. Gushlaw and companion, Susan Brown, Clayton, Chris M. Gushlaw, Clayton, and Margie M. Docteur, Redwood; fourteen grandchildren and thirteen great-grandchildren with two more on the way; and several nieces, nephews, and cousins. Along with her husband, she was predeceased by her son, Jeff Gushlaw, and her brother, Earl Cox.

Shirley's family would like to personally thank TIERS for their kindness and Upstate ICU for their amazing compassion and care of Shirley and her family. In lieu of flowers donations in her name may be made to Depauville United Methodist Church, c/o Clayton United Methodist Church, 324 John St., Clayton, NY 13624. Online condolences to her family may be posted on www.cummingsfuneral.com.