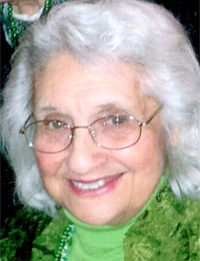 Elsie H. Pellerin, nee Knowlton, passed away peacefully March 16, 2019 at the Samaritan Keep Nursing Home where she had been a resident for one year.

Born in Watertown, Elsie attended schools in Watertown and worked at various restaurants and bars in and around town and was the senior waitress at the Officer's Club on Camp Drum for several years.

Elsie leaves behind her husband of 41 years, Fred, seven of eight children from previous marriages, 19 grandchildren, 32 great-grandchildren, and 4 great-great grandchildren. She is predeceased by one son and her brother, Earl "Mannie" Knowlton.

Calling hours will be held on Wednesday, March 20, from 5:00 to 7:00 pm at the Cummings Funeral Service, Inc., Watertown with the funeral held at the funeral home on Thursday, March 21, at 10:00 am with Rev. Donald Briant officiating. Spring burial will be at North Watertown Cemetery.

In lieu of flowers contributions may be made to the Alzheimer's Association Central New York Chapter, 441 West Kirkpatrick Street, Syracuse, New York 13204. Online condolences to her family may be posted at www.cummingsfuneral.com.