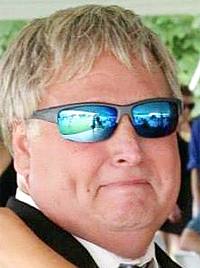 Tracey D. McIntosh, 59, of Redwood passed away at his home Tuesday evening, April 2, 2019. As per his wishes, there will be no calling hours or funeral service. A private family gathering will be held at a later date. Arrangements are entrusted with Cummings Funeral Service, Inc., Clayton.

Tracey was born in Ogdensburg, NY on January 5, 1960, the son of Phyllis J. (Hughes) McIntosh. He was raised and attended high school in DeRuyter, NY. A marriage to Robin L. Kinner ended in divorce.

He began his career at a young age working as a farm hand on various farms. He purchased and drove his own tractor trailer before moving his family to the Thousand Islands. He held various positions in the area working as a heavy equipment mechanic for companies like SMX and Ryder Trucking before taking a position as a school bus mechanic for the Thousand Islands School District. While there he was also a substitute bus driver for both Thousand Islands and LaFargeville Central Schools. He later went to work for the Town of Clayton working at the arena before accepting a position with the Town of Alexandria where he later retired. To keep himself busy he picked up numerous part-time jobs at places like Bechaz's Farm, RC Congel Boats, Bonnie Castle Resort and Uncle Sam's Boat Tours. He owned and operated his own mowing and snow plowing business in his later years.

Tracey was actively involved in the Clayton Volunteer Fire Department both as a member and a past chief for many years. He was a member of the Clayton Youth Commission Organization from which his passion for coaching developed. He took great pride in coaching kids in bowling, soccer and hockey. He enjoyed golfing, bowling, boating, the St Lawrence River, Potter's beach and dirt track racing. He played a huge role in introducing his only grandson into go kart racing and watched him eventually win two track championships, never missing a single race in 3 years. For years he was the best repeat customer, fan and friend of the F.X. Caprara Car Companies and families.

But, his biggest love was his grandchildren. Besides being at every race "Grandpa Tracey" was at every soccer game, hockey game, basketball game, softball game, concert and dance recital "coaching" and cheering them on from the sidelines. He enjoyed taking them on dinner dates, shopping sprees, mini vacations or just stopping by to find out how their day was going. But what he enjoyed most was bragging about them to anyone he encountered.

In lieu of flowers, donations in Tracey's name may be made to either the Clayton Youth Commission, PO Box 191 or the Clayton Volunteer Fire Department, 855 Graves Street, both in Clayton, NY 13624. Online condolences to his family may be posted at www.cummingsfuneral.com.