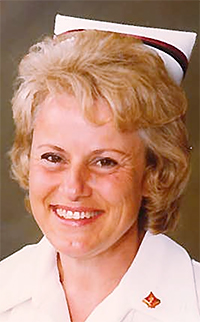 Vyta worked primarily as a medical secretary and orthopedic nurse in Clayton, Watertown, and Honolulu, where she retired. She was an avid golfer and bowler and a wonderful cook. She enjoyed participating in activities with her family, particularly with kids. She was a member of Christ Episcopal Church in Clayton, where she served on the vestry in the 1980s.

Her family and friends will greatly miss her.

In her honor a tea party will be held from 5 - 8 PM on Saturday, February 22, 2020, at the Lyric Coffee House, 246 James St., Clayton and online condolences may be posted at www.cummingsfuneral.com.