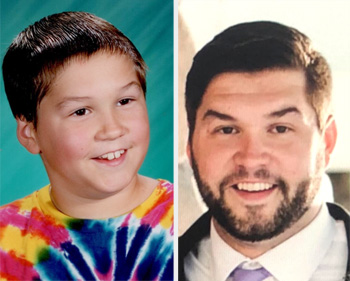 Ben was born in Watertown on May 9, 1990, son of Michael R. Cole and Teresa J. "Terry" Brennan. He was a 2008 graduate of Alexandria Central School and received his associates degree in accounting from JCC. For ten years Ben worked for Alex Bay 500 Go Karts and Subway and most recently for the town of Alexandria as recreation supervisor. He was soon to be employed by Michael Kahrs, Alexandria Bay.

He was a member of the Sons of the American Legion, Colon-Couch Post 821 and the Alexandria Bay Men's Golf League. Ben was a member of the Catholic church. In high school he played baseball, football and hockey and while at JCC, baseball and golf. From a young age he enjoyed playing hockey for the Thousand Islands Youth Hockey Association and continued playing until the time of his passing. Ben was also an avid golfer.

Because of the current conditions, a Celebration of Ben's Life will take place later at a date, time, and venue to be announced. Arrangements are entrusted with Cummings Funeral Service, Inc., Clayton and online condolences to Ben's family may be posted at www.cummingsfuneral.com. In lieu of flowers donations may be made to a trust for Ben and Ginny's child, made out to Watertown Savings Bank, memo line: Virginia Doll. Mailing address: Watertown Savings Bank, 4 Market St., Alexandria Bay, NY 13607.