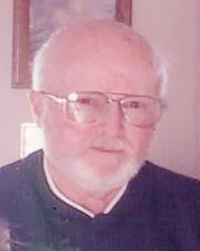 William H. McGarry, 96, of Watertown passed away Saturday afternoon, December 5, 2020, at Samaritan Summit Village where he had resided since July 23, 2015.

Bill was born in Croghan on June 22, 1924, son of William F. and Geraldine Corcoran McGarry and he graduated from Watertown High School.

On March 4, 1943 he entered the US Army and served in the Company A 299th Engineer C Battalion in Ardennes, Central Europe, Normandy, Northern France, and Rhineland. Bill received the American Service, Good Conduct, World War II Victory and European-African-Middle Eastern Service Medals. He also received the Bronze Star Medal and the Presidential Unit Citation and was honorably discharged on December 3, 1945.

Bill worked in the sales department for Bradley Hardware. He was a communicant of Immaculate Conception Church, Brownville and a member of the Brownville American Legion and the NRA. He enjoyed travel, cross country skiing, boating, trapshooting, hunting, and archery.

A funeral Mass will be held at Immaculate Conception Church on Wednesday, December 9, at 11 AM followed by burial in Glenwood Cemetery. Masks and social distancing are required for entrance to the services. Arrangements are entrusted with Cummings Funeral Service, Inc., Watertown and online condolences to Bill's family may be posted at www.cummingsfuneral.com.

#3 Lisa Lowes 2020-12-09 13:31
I am so sorry for your loss Mr.Bill was a nice man may he rest in peace
Report to administrator
#2 Robert L Goodwin 2020-12-09 09:15
A good man, it was a pleasure to have known Bill, and worked with him at Bradley Hardware in the 70's. May he rest in peace.
Report to administrator
#1 Joy Pfeffer 2020-12-07 21:40
Uncle Bill was a big part of my growing up! He & Aunt Margaret lived right down the street & we saw them all the time. We would hike the Adirondacks with them & he loved the outdoors. Such wonderful memories! There are many people welcoming you to heaven, Uncle Bill. Love, Joy Pfeffer (Carpenter), one of Marge & Bill's children
Report to administrator
Refresh comments list