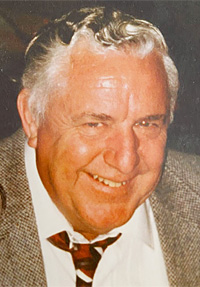 Ross Alexander Bogenschutz, age 83 passed away peacefully with his family by his side on January 25, 2021.

He was born in Clayton, NY on May 17th 1937, son of Francis (Bert) Bogenschutz and Leta Wright Bogenschutz and was grandson of Frank and Gertrude Bogenschutz. He graduated from Cape Vincent Central in 1957 and the next day married his beloved wife Velma J. Cromwell at St. Mary's Church on June 25th 1957 whom he was married to for 63 years.

He was a man with many trades and abilities. Ross was an entrepreneur and owned two businesses through the years. He was a farmer, class A machinist and was a member of Teamsters & International Association of Machinists. He retired from Allied Systems in 1999. What he enjoyed the most is spending time on the St. Lawrence river in his boat, fishing and being with his wife, children and grandchildren.

After retiring he and his wife, Velma moved back to Cape Vincent and lived there in the summers and were snowbirds in the winter until eventually moving to Florida full time.

Services will be in the summer at a time to be announced.

Arrangements are entrusted with Cummings Funeral Service, Inc., Clayton and online condolences to his family may be posted at www.cummingsfuneral.com. In lieu of flowers, donations may be made in his name to Compassionate Care Hospice, 2525 Drane Field Rd, Suite 4, Lakeland FL 33811, or St. Lawrence Union Cemetery, Attn: Karen Bourcy, Treasurer, 34689 McKeever Road, Clayton NY 13624.