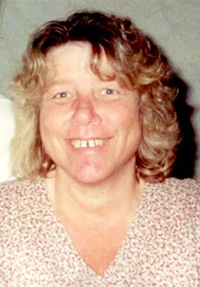 Dawn was born in Rochester on May 7, 1954, daughter of the late Leonard and Adeline Coleman Marvin, one of thirteen children. She married Douglas E. Osborne in June 1992. She had worked as a waitress at Longway's Diner, but mostly enjoyed being a wife and mother. She also enjoyed dabbling in all kinds of crafts.

A celebration of her life will be at a time and date to be announced at her home later this year. Arrangements are entrusted with Cummings Funeral Service, Inc., Watertown and online condolences to Dawn's family may be posted at www.cummingsfuneral.com.

Our deepest sympathies to you and your family. So sorry for your loss.